Rethinking How We Understand and Treat Depression
Charles Raison at TEDxTucsonSalon
TEDx Talks
May 16, 2013 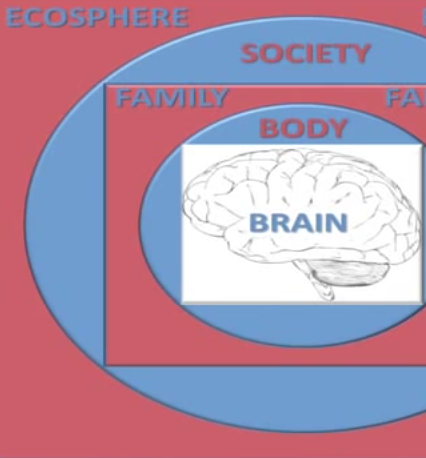 4:44
if mothers with depression are treated successfully, the effect on the mood is greater in their children (who didn’t take the pill) than in them.

5:00 there are hundreds of studies: smog causes depression
If we track pollution levels, they correlate with emergency visits for depression and suicide attempts

1:16 The Rollout
30 repetitions: applying minimum to moderate pressure on the sitting position

Yoga Techniques: How to Stretch the Plantar Fascia

In this talk, Ida engaged the audience in a laughter yoga session. Like she says, laughter yoga is forcing oneself to laugh, and the silly, forced laughter becomes real laughter that gets blood flowing and endorphins released into the body.

Instead, he recommends tailored exercise regimens for exactly what ails you, whether it’s strength training for menopause or yoga for anxiety

Dr. Jordan Metzl is the author of “The Exercise Cure: A Doctor’s All-Natural, No-Pill Prescription For Better Health And Longer Life.”
He’s also a sports medicine doctor at the Hospital for Special Surgery here in New York.

the data on exercise, both as disease treatment and as disease prevention is just so incredibly compelling

colon cancer, there’s about a 40 percent decrease in colon cancer in people who exercise more than five times a week.

if you have an arthritic knee or a bulging disc in your back or whatever, if you strengthen the muscles around that affected join and throughout the body, it really unloads that knee and makes the symptoms feel quite a lot better.

And then some upper body strengthening. I love pushups, I love pull-ups.

the further you are from 20 the more accelerated your muscle loss is. And so the goal is to really build strength training into your life.

before we talk about Fred’s knee, I want to talk about his brain and his psyche. Because if you can hear in his tone of voice, Fred…

Is it better to push yourself harder or to just do it longer?

METZL: I love that question. And the answer is that I’m a big fan of interval training because it’s better to do some combination of both, but pushing yourself harder is probably more important than doing it longer.
METZL: Interval meaning pushing your heart rate up and bringing it down, pushing your heart rate up and bringing it down. So examples I have in the book are things like plyometric exercises where you’re using jumping maneuvers to elongate and contract your muscles very quickly. Those kind of things will work you very hard. Your heart will get stronger in the process.
the key with getting that heart rate up and coming down, that interval type of training, is that it seems to be better than just doing a long, slow workout.

Should you find a sport instead that does these things? Like that you run around a lot, interval, rather than doing the workout?

METZL: You know, what I found is that people-the equation for people is very different.
Some people, you know, want social interaction and so for them being involved in a sport that does this is helpful. Some people just want to clear their head after a day so for them just going out and just zoning out is important.
I think the equation is different for everybody.

exercise as a whole is a wonderful stress reliever and I think that people who love yoga for stress relief and for the treatment of anxiety, etc., I think have found that to be wonderfully helpful for them and I encourage that.
The answer is that, again, it’s not a one-size-fits-all.

British medical journal among other things mentioned that only a third of primary care physicians talk to their patients about exercise during their visits.

Any apps you would recommend?
METZL: There are a whole bunch: the Nike fit app, FitBit, Jawbone Up.