This is what Google learned after interviewing one job candidate 16 times, according to Eric Schmidt
Nov 19 2018
https://www.cnbc.com/2018/11/17/eric-schmidt-what-google-learned-interviewing-job-applicant-16-times.html

Advertisement
Linguistics, Style and Writing in the 21st Century – with Steven Pinker
The Royal Institution
Oct 28, 2015

This Year’s Essayists and Their ‘Beautiful Contradictions’
https://www.nytimes.com/2017/05/12/your-money/2017-college-essays.html

Lots of us use the slash (/) in writing to capture two or more descriptions of the same thing, with a meaning something like “or,” “and,” or “and/or”—e.g., “my sister/best friend” or “request/require.”
The slash typically separates two things that are the same part of speech or parallel grammatically

If using ‘from’ with a start date/time, always use ‘to’ to indicate the end date/
time rather than an n-dash; alternatively, just use an n-dash without ‘from’.

n-dash (–)
Use to link concepts or ranges of numbers, with no spaces either side.

In an adjectival phrase including a verb participle

When not to use a hyphen
In noun phrases

To make a new compound noun – if it is a recognisable concept, make it one word; if it isn’t, use two words

In an adjectival phrase that does not precede a noun

Cut the Clutter: 17 Phrases to Omit from Your Writing Today
https://www.extension.harvard.edu/inside-extension/cut-clutter-17-phrases-omit-your-writing-today

Needless words
http://languagelog.ldc.upenn.edu/nll/?p=25852
I know I’ve been a long-time critic of everything in The Elements of Style, not least William Strunk …
http://www.chronicle.com/article/50-Years-of-Stupid-Grammar/25497

sound is often forgotten in a piece of writing. “Writing is a kind of way of speaking, and I hear it,” she says.
“And I think a lot of readers hear it too. Even if they hear it in silence. And so the sounds of the language, and the rhythm and the cadence of the sentences are very powerful.” 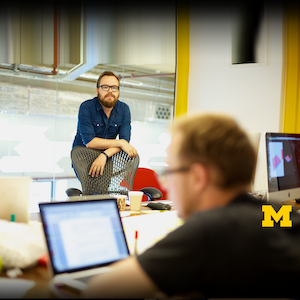 Describe your brand
What is your company or department or team “Brand”?
Be creative. Use expressive and emotional words.
01.03. Recruitment and Your Recruitment Brand
https://www.coursera.org/learn/managing-talent/lecture/4vorY/01-03-recruitment-and-your-recruitment-brand

Great recruiters are skilled, passionate, and engaged with your company.

Cultural fit is a foundation for selection decisions.

Most people know a good sentence when they read one, but New York Times columnist Stanley Fish says most of us don’t really know how to write them ourselves. His new book, How To Write A Sentence: And How To Read One, is part ode, part how-to guide to the art of the well-constructed sentence.