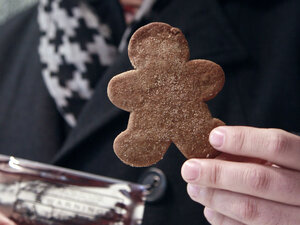 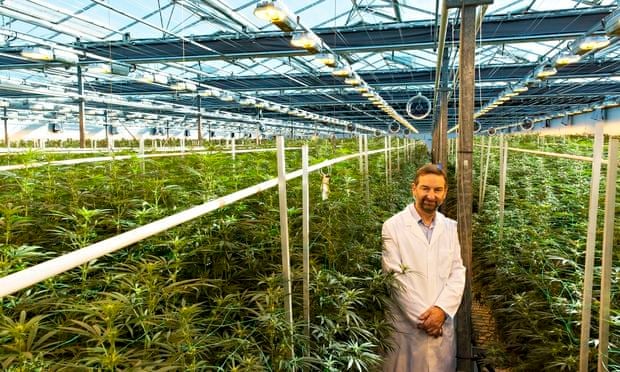 Δ(9)-tetrahydrocannabinol (Δ(9)-THC) is the main compound of the Cannabis Sativa responsible for most of the effects of the plant. Another major constituent is cannabidiol (CBD), formerly regarded to be devoid of pharmacological activity. However, laboratory rodents and human studies have shown that this cannabinoid is able to prevent psychotic-like symptoms induced by high doses of Δ(9)- THC. Subsequent studies have demonstrated that CBD has antipsychotic effects as observed using animal models and in healthy volunteers. Thus, this article provides a critical review of the research evaluating antipsychotic potential of this cannabinoid. CBD appears to have pharmacological profile similar to that of atypical antipsychotic drugs as seem using behavioral and neurochemical techniques in animal models. Additionally, CBD prevented human experimental psychosis and was effective in open case reports and clinical trials in patients with schizophrenia with a remarkable safety profile. Moreover, fMRI results strongly suggest that the antipsychotic effects of CBD in relation to the psychotomimetic effects of Δ(9)-THC involve the striatum and temporal cortex that have been traditionally associated with psychosis. Although the mechanisms of the antipsychotic properties are still not fully understood, we propose a hypothesis that could have a heuristic value to inspire new studies. These results support the idea that CBD may be a future therapeutic option in psychosis, in general and in schizophrenia, in particular.

=====================
The new strain of cannabis that could help treat psychosis
https://www.theguardian.com/society/2014/nov/16/new-strain-cannabis-treat-psychosis-schizophrenia-gw-pharmaceuticals-david-potter
Tom Ireland

The origins of modern cannabis can be traced to California in the late 1970s, when professional breeders began to select the most potent, THC-rich plants for the first time. “Until then, most cannabis came in the form of hashish resin, made of mixed populations of plants from parts of Asia, Africa, and the Caribbean, containing varying amounts of both CBD and THC”

By 1984, a variety of cannabis known as “skunk#1” arrived in Europe. Named after its pungent smell, it contained 15% THC instead of the 1-8% found in older varieties.

Pot smokers in the UK never looked back and skunk is now by far the most prevalent type of cannabis sold illegally here.

Veterans who smoke marijuana to cope with post-traumatic stress disorder may be onto something. There’s growing evidence that pot can affect brain circuits involved in PTSD.

Experiments in animals show that tetrahydrocannabinol, the chemical that gives marijuana its feel-good qualities, acts on a system in the brain that is “critical for fear and anxiety modulation,” says Andrew Holmes, a researcher at the National Institute on Alcohol Abuse and Alcoholism.

The use of marijuana for PTSD has gained national attention in the past few years as thousands of traumatized veterans who fought in Iraq and Afghanistan have asked the federal government to give them access to the drug. Also, Maine and a handful of other states have passed laws giving people with PTSD access to medical marijuana.

For decades, researchers have suspected that marijuana might help people with PTSD by quieting an overactive fear system. But they didn’t understand how this might work until 2002, when scientists in Germany published a mouse study showing that the brain uses chemicals called cannabinoids to modulate the fear system, Ressler says.

There are two common sources of cannabinoids:

So in recent years, researchers have done lots of experiments that involved treating traumatized mice with the active ingredient in pot, tetrahydrocannabinol (THC), Ressler says. And in general, he says, the mice who get THC look “less anxious, more calm, you know, many of the things that you might imagine.”

Another downside to using marijuana for PTSD is side effects, says Andrew Holmes at the National Institute on Alcohol Abuse and Alcoholism. “You may indeed get a reduction in anxiety,” Holmes says. “But you’re also going to get all of these unwanted effects,” including short-term memory loss, increased appetite and impaired motor skills.