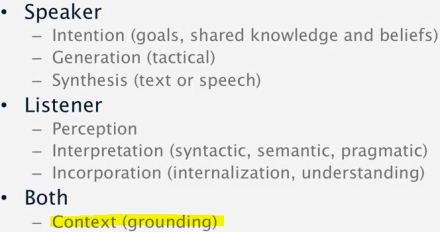 Advertisement
Structure Data 2014: When You’re Talking or Typing, AI is There
Apr 11, 2014
Despite the hard work that goes into building systems for deep learning and other methods of understanding human language, users might never know they’re powering their favorite apps. And that’s kind of the point.
https://www.youtube.com/watch?v=5qcAOkNOX5c

00:40 cognition as a service
02:05 programatic computing
04:00 in congnitive systems, there is no absolute outcome
05:00 the grand truth
05:40 context is key. You can have multiple grand truths, depending on the situation. Vampires are real in certain contexts, but they’re not in others.

“… the data, which in the end would form the ‘grand truth’ that Watson would regard as baseline facts.”
http://cornellsun.com/blog/2012/10/24/hello-watson-students-design-tech-support-program-from-jeopardy-super-computer-watson

There seems to be no term in the NN literature for the set of all cases that you want to be able to generalize to. Statisticians call this set the “population”. Tsypkin (1971) called it the “grand truth distribution,” but this term has never caught on.
Tsypkin, Y. (1971), Adaptation and Learning in Automatic Systems, NY: Academic Press.
http://www.developpez.net/forums/d1216717/general-developpement/algorithme-mathematiques/algorithmes/intelligence-artificielle/rdn-methodes-d-evaluation-performances

the notion of context as a critical feature to understanding anything. Bateson (1979) was adamant in making the point that “without context, words and actions have no meaning at all” (p. 16).
Words and actions need to be situated in one or more relevant and meaningful contexts, in order to develop any degree of complex understandings.
The use of metapatterns for research into complex systems of teaching, learning, and schooling. Part II: Applications.
Bloom, Jeffrey W., & Volk, Tyler. (2007).
Complicity: An International Journal of Complexity and Education. 4(1): 45—68.
http://internationalbatesoninstitute.wikidot.com/jrnlarticles:2