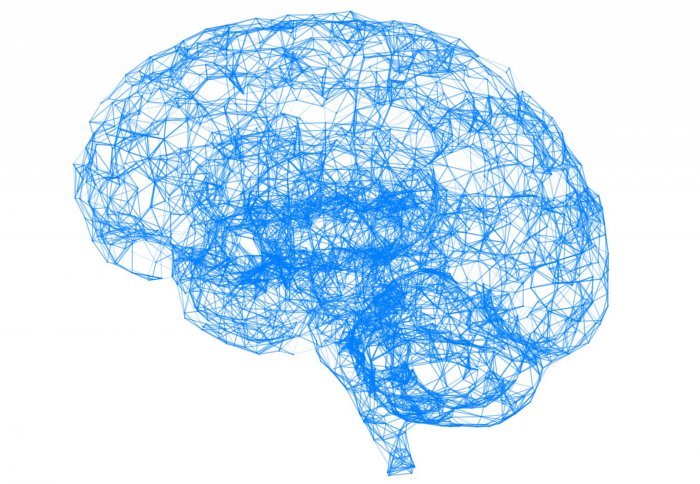 journalistic version:
Intelligence genes discovered by scientists
By Sarah Knapton
21 Dec 2015
https://www.telegraph.co.uk/news/science/science-news/12061787/Intelligence-genes-discovered-by-scientists.html
Darren Griffin, Professor of Genetics at the University of Kent, said: “Genetics is the science of inheritance, not pre-determinism, and there is no substitute for hard work and application.”

related:
Evolving Culture: Where Do We Go From Here?
September 6, 2010
http://www.npr.org/templates/story/story.php?storyId=129604791
“It’s easy to see that it’s not individual intelligence that makes us so good at adapting,” he says. “It’s an important component, but we also need the ability to accumulate knowledge gradually over a whole population of people over hundreds or maybe even thousands of years.”

The Franklin Expedition in the mid-1800s exemplifies this concept well,

When we think about symbols, these are the sort of things that come to mind — signs that act as a stand-in or shorthand for a whole set of ideas. But in fact symbols play a much larger role in our lives.

Let’s return to one of the most basic parts of your day. Getting dressed.

Every piece of clothing you place on your body is a symbol. That leather motorcycle jacket or button-down polo communicates to the world who you are, what you believe in, and where you sit on the social ladder, and it does that instantly.

from:
Psychology of Popularity

James Flynn: Why our IQ levels are higher than our grandparents’
TED. Sep 26, 2013


In 1900, only 3% of Americans practiced professions that were deemed “cognitively demanding.”
Today, 35% of us do, and we have all learned to be flexible in the way that we think about problems.
In this fascinating and fast-paced spin through the cognitive history of the 20th century, moral philosopher James Flynn makes the case that changes in the way we think have had surprising (and not always positive) consequences.

Michio Kaku on the Evolution of Intelligence
Big Think
Mar 25, 2014

Bob Sternberg, for instance, a psychologist from Tufts University (Medford, MA, USA) and a pioneer of human intelligence research, believes that intelligence is an adaptive trait, but not a quantity that can be measured by standard intelligence quotient (IQ) tests. Instead, he has defined human intelligence as “a mental activity directed toward purposive adaptation to, selection, and shaping of real‐world environments relevant to one’s life” (Sternberg, 1985). However, there is a caveat to this so‐called ‘triarchic’ theory: its human devisers are not objective bystanders. “Higher levels of intelligence as we conceive of it can be and [have] been adaptive,” Sternberg said. “I say ‘as we conceive of it’ because the concept [of intelligence] is in large part a human invention of successful people to explain their own success.”

“For a neuroscientist, any aspect of ‘intelligent behaviour’ involves many different processes—attention, motivation, arousal, motor skills, perception, memory.
To lump all these together into one ‘crystallized intelligence’ makes no biological sense

A 2006 study from the University of Chicago (IL, USA) suggested that two genes, microcephalin and ASPM (abnormal spindle‐like microcephaly‐associated), which are thought to regulate brain size, have been under strong selective pressure since humans left Africa (Evans et al, 2005). However, the team, led by Bruce Lahn, do not claim that these genes are associated with cognitive functions, and others have suggested that they might have undergone selection to cope with the decreasing amounts of good daylight as humans migrated northwards through Europe, Asia and possibly North America. “There is now nice evidence of selection over recent time for genes that promote large brains at high latitudes, such as Bruce Lahn’s work,” Robin Dunbar agreed. “But this is almost certainly due to the need for a larger visual area at high latitudes [where light levels are lower], not for greater intelligence, although this is as yet unpublished data.”

However, human brains have actually decreased by about 10% in volume during the past 30,000 years[1]; the rapid evolution of new cognitive functions—language in particular—might therefore have resulted from structural rather than volume changes.

One explanation for this reverse trend in human brain size is that brains come with metabolic costs attached—the brain consumes about 20% of the basal calories used by our bodies each day—and human evolution might have reached a point where increased metabolic demand outweighed the benefits of greater brain volume. Instead, selective pressures might have begun to favour genes that conferred greater processing efficiency and improved coordination between functional units.

“We should be more concerned with what is likely a distinctively human quality—wisdom—the skill in how to use our intelligence in a way that promotes a common good, over the long term as well as the short term, through the infusion of positive ethical values.”

Intelligence and How to Get It: Why Schools and Cultures Count
February 17, 2009
http://www.c-span.org/video/?284176-1/book-discussion-intelligence-get

Richard Nisbett talked about his book Intelligence and How to Get It: Why Schools and Cultures Count
(W.W. Norton and Co.; February 2, 2009).
In his book Professor Nisbett contends that a person’s cultural background provides the greatest influence on their potential intelligence. Mr. Nisbett counters the argument that genetics dictates intelligence

Richard Nisbett is a distinguished university professor and a professor in psychology at the University of Michigan.
He is the author of several books, including The Geography of Thought.