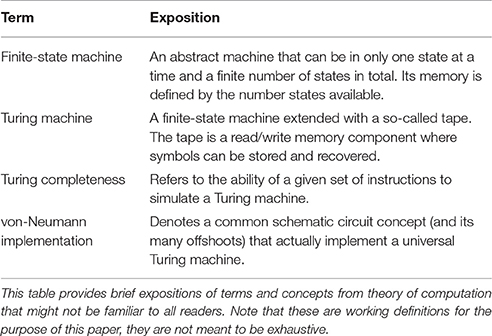 14:20 What controls satisfaction:
– money
– goals
– spending time with people we like

Psychologist Elizabeth Loftus studies memories. More precisely, she studies false memories, when people either remember things that didn’t happen or remember them differently from the way they really were. It’s more common than you might think, and Loftus shares some startling stories and statistics — and raises some important ethical questions.

After watching this, your brain will not be the same
Lara Boyd
TEDxVancouver at Rogers Arena on November 14, 2015

All of our behaviors change our brain

brain changes to support learning:
1. Chemical changes. The brain changes the concentration of chemicals, supporting short-term memory
2. The brain alters its structure, it alters the connections betwen neurons, supporting long-term memory. It takes time. What we see in the short term does not reflect learning.
Integrated networks of brain regions. People who read Braille have larger hand sensory areas in the brain.
3. Altering its function. As we use a brain region, it becomes more and more excitable and easy to use again.

The best driver of neuroplastic change in your brain is your behavior.
The problem: the dose of behavior, the dose of practice required to learn new skills is very large.

Nothing is more effective than practice in helping you learn.
So there is no neuroplasticity drug you can take.
Increased difficulty, increased struggle during practice leads to more learning and greater structural change in the brain.

Why do kids sometimes fail at school?
There is no one-size fits all approach to learning; there is no recipe for learning.

Here we acutely rescue stress-induced depression-related behaviours in mice by optogenetically reactivating dentate gyrus cells that were previously active during a positive experience. A brain-wide histological investigation, coupled with pharmacological and projection-specific optogenetic blockade experiments, identified glutamatergic activity in the hippocampus–amygdala–nucleus-accumbens pathway as a candidate circuit supporting the acute rescue.

The work has grown out of studies … aimed to locate the memory engram — the physical trace of a memory, thought to be encoded in an ensemble of neurons.

More recently, the researchers used variations of the engram method to create false memories in mice, trigger lost memories and even retrain engram cells to encode a positive memory instead of a negative one.

By the sixth day, the previously stressed-out animals showed improved motivation and pleasure-seeking behaviours even after the light was turned off. “We were able to cure the animals’ depression,” …

the gap between simple animal models of depression and the complex human condition. “Depression in humans is a very heterogeneous clinical state. Some people have problems with motivation and experiencing reward, and other people don’t. … Optogenetic stimulation is not feasible in people, and deep-brain-stimulating implants, which involve invasive surgery, are used only as a last resort.

related:
Localization of a stable neural correlate of associative memory.
Science. 2007 Aug 31;317(5842):1230-3.
Reijmers LG1, Perkins BL, Matsuo N, Mayford M.
http://www.ncbi.nlm.nih.gov/pubmed/17761885
Do learning and retrieval of a memory activate the same neurons? Does the number of reactivated neurons correlate with memory strength? We developed a transgenic mouse that enables the long-lasting genetic tagging of c-fos-active neurons. We found neurons in the basolateral amygdala that are activated during Pavlovian fear conditioning and are reactivated during memory retrieval. The number of reactivated neurons correlated positively with the behavioral expression of the fear memory, indicating a stable neural correlate of associative memory. The ability to manipulate these neurons genetically should allow a more precise dissection of the molecular mechanisms of memory encoding within a distributed neuronal network.

BMC Biol. 2016 May 19;14(1):40. doi: 10.1186/s12915-016-0261-6.
What is memory? The present state of the engram.
Poo MM, et al.
http://www.ncbi.nlm.nih.gov/pubmed/27197636
The mechanism of memory remains one of the great unsolved problems of biology. Grappling with the question more than a hundred years ago, the German zoologist Richard Semon formulated the concept of the engram, lasting connections in the brain that result from simultaneous “excitations”, whose precise physical nature and consequences were out of reach of the biology of his day. Neuroscientists now have the knowledge and tools to tackle this question, however, and this Forum brings together leading contemporary views on the mechanisms of memory and what the engram means today.
Which Neurons Will Be the Engram – Activated Neurons and/or More Excitable Neurons?
Exp Neurobiol. 2016 Apr;25(2):55-63.
Kim JI, et al.
http://www.ncbi.nlm.nih.gov/pubmed/27122991
During past decades, the formation and storage principle of memory have received much attention in the neuroscience field. Although some studies have attempted to demonstrate the nature of the engram, elucidating the memory engram allocation mechanism was not possible because of the limitations of existing methods, which cannot specifically modulate the candidate neuronal population. Recently, the development of new techniques, which offer ways to mark and control specific populations of neurons, may accelerate solving this issue. Here, we review the recent advances, which have provided substantial evidence showing that both candidates (neuronal population that is activated by learning, and that has increased CREB level/excitability at learning) satisfy the criteria of the engram, which are necessary and sufficient for memory expression.
KEYWORDS:
CREB; Memory allocation; Memory engram; Review; excitability
Neuronal Allocation to a Hippocampal Engram.
Neuropsychopharmacology. 2016 May 17.
Park S, et al
http://www.ncbi.nlm.nih.gov/pubmed/27187069
The dentate gyrus (DG) is important for encoding contextual memories, but little is known about how a population of DG neurons comes to encode and support a particular memory. One possibility is that recruitment into an engram depends on a neuron’s excitability (Han et al, 2009; Zhou et al, 2009; Choi et al, 2011; Sano et al, 2014). Here we manipulated excitability by overexpressing CREB in a random population of DG neurons and examined whether this biased their recruitment to an engram supporting a contextual fear memory. To directly assess whether neurons overexpressing CREB at the time of training became critical components of the engram, we examined memory expression while the activity of these neurons was silenced. Chemogenetically (hM4Di, an inhibitory DREADD receptor) or optogenetically (iC++, a light-activated chloride channel) silencing the small number of CREB-overexpressing DG neurons attenuated memory expression, while silencing a similar number of random neurons not overexpressing CREB at the time of training did not. As post-encoding reactivation of the activity patterns present during initial experience is thought to be important in memory consolidation, we investigated whether post-training silencing of neurons allocated to an engram disrupted subsequent memory expression. We found that silencing neurons 5 min (but not 24 h) following training disrupted memory expression. Together these results indicate that the rules of neuronal allocation to an engram originally described in the lateral amygdala are followed in different brain regions including DG, and moreover, that disrupting the post-training activity pattern of these neurons prevents memory consolidation.
Still searching for the engram.
Learn Behav. 2016 Mar 4.
Eichenbaum H1.
http://www.ncbi.nlm.nih.gov/pubmed/26944423
For nearly a century, neurobiologists have searched for the engram-the neural representation of a memory. Early studies showed that the engram is widely distributed both within and across brain areas and is supported by interactions among large networks of neurons. Subsequent research has identified engrams that support memory within dedicated functional systems for habit learning and emotional memory, but the engram for declarative memories has been elusive. Nevertheless, recent years have brought progress from molecular biological approaches that identify neurons and networks that are necessary and sufficient to support memory, and from recording approaches and population analyses that characterize the information coded by large neural networks. These new directions offer the promise of revealing the engrams for episodic and semantic memories.
KEYWORDS:
Comparative cognition; Episodic memory; Memory; Rat; Spatial learning