Learn How to Sign the Word Exercise
December 2019
http://www.ASLTeachingResources.com

Big science has a buzzword problem
Moonshots, road maps, frameworks and more are proliferating, but few can agree on what these names even mean.
Megan Scudellari
25 January 2017
http://www.nature.com/news/big-science-has-a-buzzword-problem-1.21354

Advertisement
How to Speak Pig Latin
by Lin Alvarez

shelters are allowed to euthanize a percentage of their animals and still keep the no-kill designation.

Paws 4 You, like most pet rescue groups, operates a no-kill shelter. But the term means different things to different people.

shelters can euthanize up to 10 percent of their animals for reasons of health and temperament, and still be considered “no-kill.”

Have you left off beating your wife?
February 20, 2013
https://golem.ph.utexas.edu/category/2013/02/have_you_left_off_beating_your.html
the ‘fallacy of many questions’
R. G. Collingwood. An Essay on Metaphysics, p. 38

related:
Have you stopped beating your wife?
http://spanner-intheworks.blogspot.com/2008/01/verbal-trap.html
a verbal trap

back in November 2013, the Food and Drug Administration announced it was intending to ban partially hydrogenated vegetable oils from all food products. The proposed ban seemed prudent, since eating foods with trans fats has been linked to heart disease, and the Centers for Disease Control and Prevention estimates that an FDA ban could prevent an additional 7,000 deaths from heart disease each year and as many as 20,000 heart attacks in that period.

But the FDA has yet to issue a final rule requiring food companies to eliminate trans fats entirely.

While many food companies have found affordable alternatives to partially hydrogenated oil, 1 in 10 packaged foods still contain it, according to researchers at the New York Department of Health and Mental Hygiene.

“A lot people think it’s out of the food supply, but it’s still in a lot of places,”

Few genes have made the headlines as much as FOXP2.
The first gene associated with language disorders, it was later implicated in the evolution of human speech.
Girls make more of the FOXP2 protein, which may help explain their precociousness in learning to talk.
Now, neuroscientists have figured out how one of its molecular partners helps Foxp2 exert its effects.

The findings may eventually lead to new therapies for inherited speech disorders, says Richard Huganir, the neurobiologist at Johns Hopkins University School of Medicine, who led the work.
Foxp2 controls the activity of a gene called Srpx2, he notes, which helps some of the brain’s nerve cells beef up their connections to other nerve cells.

Until 2001, scientists were not sure how genes influenced language.
Then Simon Fisher, a neurogeneticist now at the Max Planck Institute for Psycholinguistics in Nijmegen, the Netherlands, and his colleagues fingered FOXP2 as the culprit in a family with several members who had trouble with pronunciation, putting words together, and understanding speech.
These people cannot move their tongue and lips precisely enough to talk clearly, so even family members often can’t figure out what they are saying.

his team still doesn’t know whether FOXP2 affects nerve cells that relate to language processing or nerve cells that control muscles involved in talking.
Still, he says the link to synapse formation via SRPX2 “is an important clue how FOXP2 could be regulating language development.”

People with Williams Syndrome are elf-like in appearance.

They also have an average IQ of about 60.

their language skills seemed surprisingly good, given their low intelligence.
The disorder appeared to be the opposite of autism, in which people can have normal IQ, but few language skills.

Their motivation to talk to other people is so strong that it helps them overcome some of their initial problems with language.

To use language fully, people need sophisticated social skills that people with Williams Syndrome don’t have.
One of these is something called theory of mind. It’s the ability to understand the thoughts and feelings of the person we are talking to. 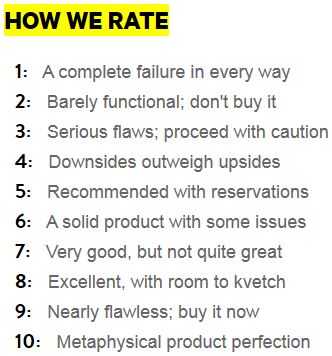 Wired Magazine: How We Rate
http://www.wired.com/category/reviews