Many characters find that they’re powerfully affected by things that happened years ago, in their youth.

“It does seem to be a human characteristic, that in fact those things, although you may forget about them in your 20s, they are the sub-layer upon which your life is based. And they come back,”

the message-in-the-bottle metaphor for writing any book.

You will also never know whether they understand it because the language may have changed in that time.

We propose that there are four fundamental kinds of metaphor … We contend that these basic metaphors are largely nonconceptual and entail
(a) perceptual–perceptual,
(b) cross-modal,
(c) movement–movement, and
(d) perceptual-affective mappings that, at least, in the initial stages of processing may operate largely outside of conscious awareness.

Metaphors, however, map both systems of relations (e.g., atomic structure is like a solar system) and attributes of objects (e.g., ‘‘His hand was like a vise’’) depending on the type of the metaphor. This differentiation of similarity, however, conflates analogy with metaphor and BmT theory suggests that metaphor is a separate species, …

the metaphorical statement, ‘‘Cigarettes are time bombs,’’ is a class-inclusion assertion

although the authors do not confront this thorny aspect of metaphoric language—that it often serves some conscious social purpose. Indeed, Gentner and colleagues indicate that analogy and metaphor involve more abstract conceptual relations and presumably entail some conscious mechanisms.

Notwithstanding individual differences, we might easily perceive a plate of spaghetti as a collection of worms or a stop sign as a popsicle (perceptual–perceptual metaphors), a spinning top as a ballerina (movement–movement metaphor), a front of a car as smiling (perceptual-affective metaphor) or music as sad (cross-modal metaphor; see Seitz, 2001a, 2005). That is, they involve extensive automaticity including implicit perception, memory, and thought; they are fast and independent (Marcus, 2004); they are engaged by specific environmental stimuli; and they are largely innate (Kihlstrom, 1987, 2002; see below). Cytowic (2002a, b) makes a related case for synesthesia arguing that that it is automatic, involuntary, and inborn.

synesthetic metaphor or the ability to link disparate sensory modalities

Autistic children who lack this capacity are unable to attribute affective properties to social or nonsocial objects or use or apprehend metaphoric language (Baron-Cohen, Leslie, & Frith, 1985; Leslie & Frith, 1988; Seitz, 1996)—notwithstanding Kanner’s (1946) earlier but incorrect use of the term ‘‘metaphoric language’’ in autistic children (see Seitz, 1996)—as are brain damaged adults with alexithymia (Brothers, 1989) and adults with forms of prosopagnosia in which there is damage to anterior regions of area V4 in the inferior temporal lobe that underlie both affective recognition and expression in the face (Zeki, 1999).

Intuition has been defined as reaching conclusions based on nonconscious processes of reasoning (Gregory, 1998).

a 3-year old that applies the polar adjectives ‘‘light/dark’’ to an object (e.g., sandpaper) felt while blindfolded (Gardner, 1974) or a preschooler who indicates that red is a warm or hot color (Seitz, 1997). Indeed, the distinguished art historian, Ernest Gombrich (1963), has long observed that such ‘‘natural metaphors’’—bright sounds or cool colors—arise spontaneously in perception because they are part of our innate constitution.

3.4. Physiognomic metaphor
During the very early preschool years rudimentary physiognomic experiences—the attribution of affective properties to visually perceived objects as well as other sensory experiences (e.g., identifying the front grille of an automobile as a ‘‘smiling face’’ or a piece of music as ‘‘cheerful’’)—gain prominence (Seitz, 1992, 1997, 1998a, b; Seitz & Beilin, 1987). 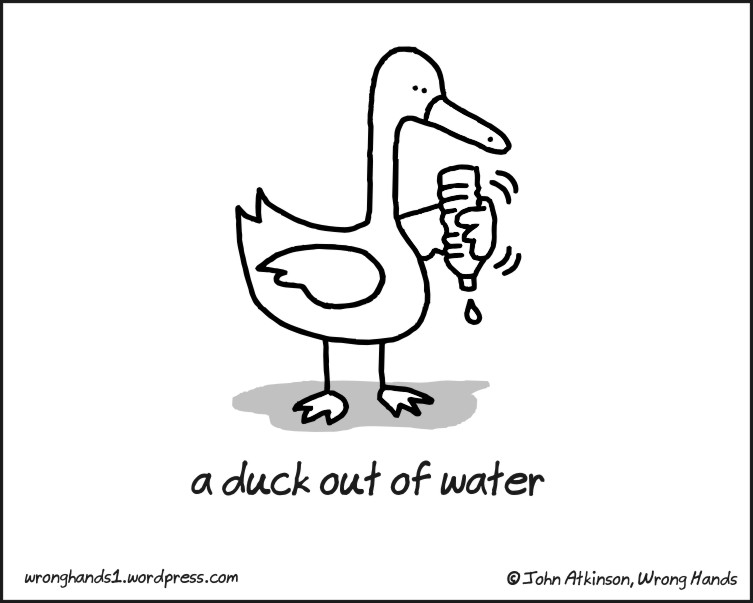 Development of the ability to understand diverse types of metaphor was examined in terms of play context (symbolic vs. constructive-object play), Piagetian operational level (preoperational vs. concrete-operational), and medium of presentation (pictures vs. words).

Forty 4-year-olds and 80 6-year-olds (40 preoperational, 40 concrete-operational) were presented with six different types of metaphorical relationships (color, shape, physiognomic, cross-modal, psychological-physical, and taxonomic matches) in both pictures and words in a match-to-sample design.

Results indicated that
(a) constructive-object play, rather than symbolic play, facilitated the understanding of perceptual and taxonomic metaphor, suggesting differences in early styles of metaphoric usage;
(b) despite previous findings, the study failed to replicate a relationship between operativity and metaphoric understanding; and
(c) younger children did significantly better in the pictorial medium, suggesting a picture-superiority effect for more perceptible metaphorical relations (perceptual and physiognomic), whereas older children showed a word-superiority effect for more conceptual metaphors (psychological-physical and taxonomic).

Denmark has led the world in efforts to control antibiotic use and antibiotic resistance.
Every year it publishes a big volume of numbers — and Scott can’t get enough of them. “Diving into these data, and visiting Denmark, is kind of like Disneyland for those of us who like big data,”

There are lots of people who want something similar for farms in the United States.
They include public health experts, but also activist groups like the Union of Concerned Scientists.
Congress is considering a bill that would force the FDA to collect this data and publish it.

… better numbers could actually mean less suspicion and fear.
Many people want to know exactly what meat producers are doing, he says.
When they can’t find the information they want, they’re inclined to assume the worst.

On Torrance’s tests of creativity, Kindergarteners perform better than their older school mates with the trend getting worse the longer students are in school.

“If your students can Google the answer to your questions, then perhaps you are asking the wrong questions.”

in an increasingly global world, more jobs are being outsourced from the US to other countries where they can be done more cheaply.
The jobs which are projected to remain in the US will require greater 21st Century skills (especially creativity).

enhance the creativity of students

J.P. Guilford’s four dimensions of divergent thinking (Fluency, Flexibility, Originality, and Elaboration).
Fluency entails generating numerous ideas to work with.
Flexibility entails the ability to go in different directions or view an issue from different perspectives.
Originality entails being about create things that are unique or never before made.
Elaboration entails adding on or modifying existing things to make them better and bringing the result to fruition.

Gary Marcus, Professor of Psychology, Director of the NYU Center for Language And Music, Author, “Guitar Zero: The Science of Becoming Musical at Any Age”

David Eagleman, Founder and Director, Initiative on Neuroscience and Law, Director, Laboratory for Perception and Action at Baylor College of Medicine

In the new book Brainwashed: The Seductive Appeal of Mindless Neuroscience, co-authors Sally Satel and Scott Lilienfeld examine the science behind some recent brain imaging research.
Satel and other guests look at what brain scans can — “and cannot — “tell us about human behavior and how the mind works.

neuro-entrepreneurs, which are businessmen who are promoting functional magnetic resonance imaging to serve as lie detection and also in some areas of neuromarketing.

one of the problems with neuroimaging is the basic unit is called a voxel, and it’s about a millimeter cubed, and that has about 100,000 neurons in it. And so studying the brain by studying 100,000 neurons at a time is sort of like trying to understand politics by looking out of an airplane window. It’s a very big abstraction.

a lot of early neuroimaging proceeded on the basis of assuming that there was a kind of one-to-one mapping: … all emotion is in the amygdala.
Now we know better. It’s a many-to-many mapping. So each different cognitive functions draws on many different pieces of the brain.

http://news.yale.edu/2013/06/11/book-brainwashed-seductive-appeal-mindless-neuroscience
Each region of the brain participates in a host of experiences and interacts with other regions, so seeing one area light up on an fMRI in response to a stimulus doesn’t automatically indicate a particular sensation or capture the higher cognitive functions that come from those interactions.
The narrow focus on the brain’s physical processes also assumes that our subjective experiences can be explained away by biology alone.
As the authors explain, this “neurocentric” view of the mind risks underminin g our most deeply held ideas about selfhood, free will, and personal responsibility, putting us at risk of making harmful mistakes, whether in the courtroom, interrogation room, or addiction treatment clinic.