39:01 The problem was that we’ve added so much narrative and so much flavor text. There were puns, there were in-jokes, there were cultural references, there were song lyrics. None of these things are easy to localize. Now we had a whole bunch of stuff that was impossible to translate.

In-joke
https://en.wikipedia.org/wiki/In-joke
An in-joke, also known as an inside joke or a private joke, is a joke whose humour is understandable only to members of an ingroup, that is, people who are in a particular social group, occupation, or other community of shared interest. 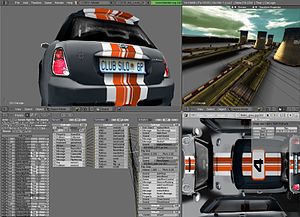 Game editor
Most modern game engines come with a game editor to make the process of building the game more visual in nature.