The Five Phrases That Can Change Your Life: Adam Braun at TEDxColumbiaCollege

18:45 With the knowledge that the world will change …

4:50 The Programmers of Tomorrow are the wizards of the future. You’re gonna look like you have magic powers compared to everybody else. [Gabe created Valve]

I think it’s the closest thing we have to a superpower.[Drew created Dropbox]

http://www.lua.org
Lua is currently the leading scripting language in games. 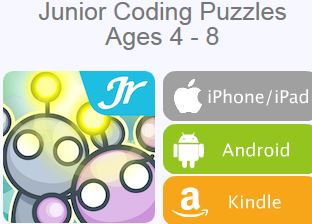 37:00 convincing potential Scratch teachers and students: “you’re doing computer science (even though there are more interesting things to do with Scratch)”

47:00 Computational Thinking (Andrea A. diSessa, http://gse.berkeley.edu/people/andrea-disessa, 2000): before algebra, our expressive power in science and engineering was limited. We had language and words, but none as expressive as algebra. Programming offers that additional … in expressing ideas.
the new literacy is computer programming
trajectory of expressing ideas: language -> written language -> algebra -> computer literacy (programming)

Programming Is the New Literacy
Power will soon belong to those who can master a variety of expressive human-machine interactions.
By Marc Prensky
January 13, 2008
http://www.edutopia.org/literacy-computer-programming

multimedia, interactivity, and other game-derived devices will be increasingly significant tools for communicating twenty-first-century thought.

I believe the single skill that will, above all others, distinguish a literate person is programming literacy, the ability to make digital technology do whatever, within the possible one wants it to do — to bend digital technology to one’s needs, purposes, and will, just as in the present we bend words and images.
Some call this skill human-machine interaction; some call it procedural literacy. Others just call it programming.

the new nerds will be our programmatically literate children.

will the skill set of an educated person soon include programming fluency?

kids are learning programming languages like Game Maker, Flash, and Scratch, plus scripting language, graphics tools, and even C++, in order to build games. …Why? First, because they realize it gives them the power to express themselves in the language of their own times, and second — and perhaps even more importantly — because they find it fun.

And so emerges the new scribe tribe of programmers, reaching into (and eventually becoming) the intellectual elite of the twenty-first century.

Marc Prensky is the author of Digital Game-Based Learning and Don’t Bother Me, Mom, I’m Learning. He is also founder and CEO of Games2train, a game-based learning company.

Supported by:
University of Kent
Oracle