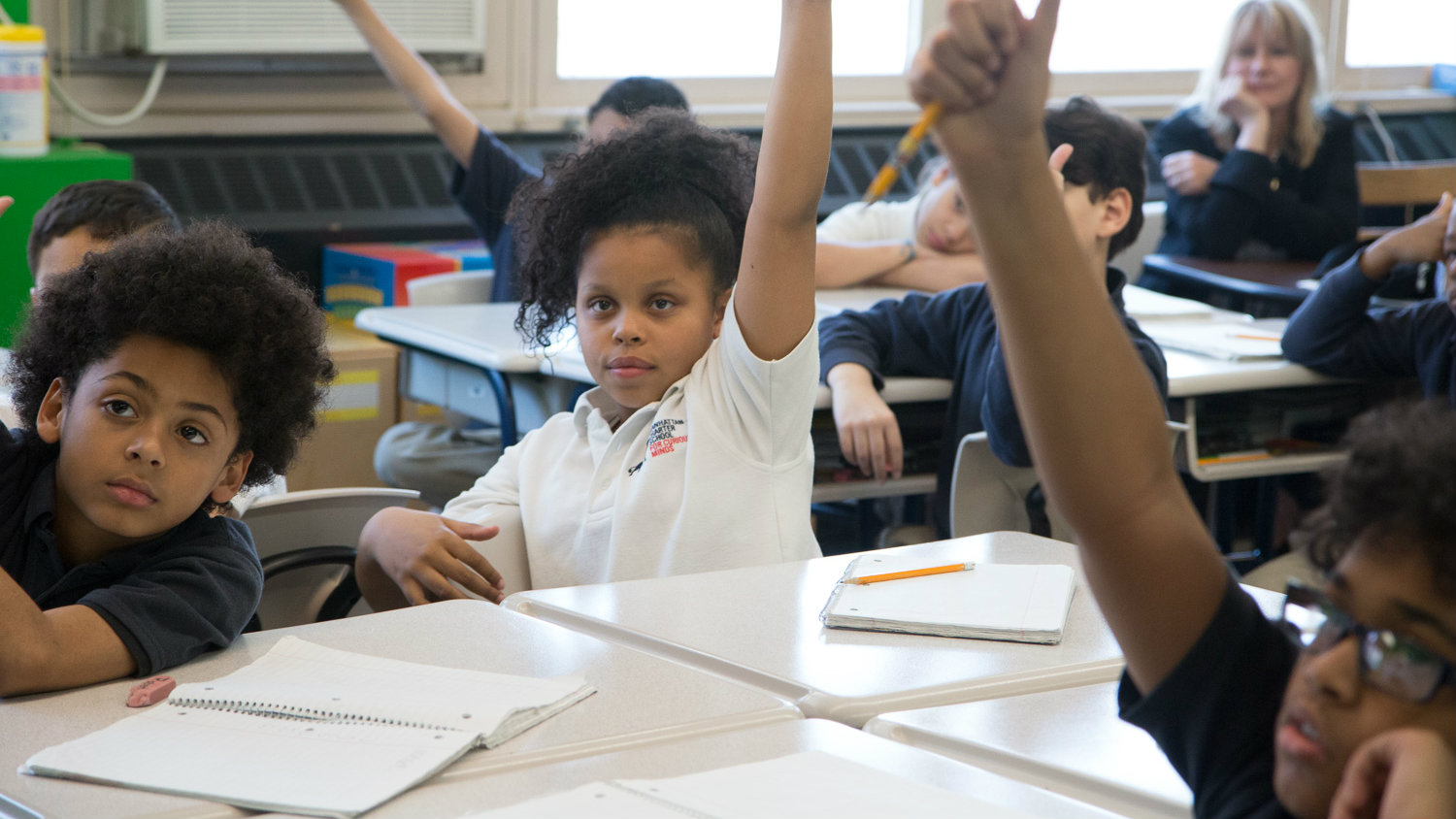 A mathematician has created a teaching method that’s proving there’s no such thing as a bad math student
February 15, 2017
By Jenny Anderson
https://qz.com/901125/a-mathematician-has-created-a-method-of-teaching-that-is-proving-there-is-no-such-thing-as-a-bad-math-student

over the past decade, the US and Canada have moved to a “discovery” or “inquiry” based approach to math by which kids are meant to figure out a lot of concepts on their own.
this approach is also called problem-based learning
But too many children don’t have the building blocks from which to discover the answers.

JUMP encourages a “growth” mindset: the belief that your abilities can improve with your efforts.

“collective effervescence,” the joy of knowing they can do it, rather than the joy of just getting a high mark.

21:34 How much do we need to worry about molecular issues when we’re constructing bridges or space stations?
Science is always dealing with issues of levels

When kids can identify numerals quickly, they have more working memory available to devote to solving math problems (Geary 2006)
http://www.parentingscience.com/preschool-board-game-math.html

Learning From Number Board Games: You Learn What You Encode.
Dev Psychol. 2013 Oct 7
Laski EV and Siegler RS.
http://www.parentingscience.com/preschool-board-game-math.html
—————————-

Since last year, more than 30 states have expanded access to preschool. But there’s still a lack of evidence about exactly what kinds of interventions are most effective in those crucial early years.

preschool students are jumping as they count, to get the feeling of the numbers into their bodies — a concept called “embodied cognition.”

The study is funded by the Robin Hood Foundation, which is dedicated to ending poverty in New York. Pamela Morris, with research group MDRC, is the lead investigator.

There’s plenty of evidence on the long-term importance of preschool. But why math? Morris says a 2013 study by Greg Duncan, at the University of California, Irvine’s School of Education, showed that math knowledge at the beginning of elementary school was the single most powerful predictor determining whether a student would graduate from high school and attend college.

University of Denver professor Doug Clements is the creator of Building Blocks, the math curriculum being tested in this new study. Building Blocks is designed to be just the opposite: engaging, exciting and loud. “We want kids running around the classroom and bumping into mathematics at every turn.”

they observe correctly that a geometric shape must be a “closed figure” and that a square is “a special rectangle.”

“How do you know it’s a circle?” asks the teacher. “Because it goes round and round,” says one girl with a bear barrette in her hair.

When Ms. Conigliaro asks, “How do you know?” she’s asking the kids to think about their own thinking. That’s a skill called metacognition. Explaining your reasoning out loud also develops verbal ability.

computer games matched to Building Blocks that keep track of each student’s progress. And two children play a game called Number Match (“Is three more than two? How do you know?”) as a teacher watches. The teacher is keeping notes of each child’s level of understanding. The idea of developmental paths, or “trajectories of understanding,” is a core concept in Building Blocks.

Morris is curious whether working on math will enhance the children’s ability to self-regulate, inhibit impulses, pay attention appropriately and hold important concepts in working memory. This is a group of skills known as executive functioning. For example, if the teacher says “clap and count to five,” will you be able to stop clapping before you get to six?

NAEYC and NCTM: Where we stand on early childhood mathematics
2009
http://www.naeyc.org/files/naeyc/file/positions/ecmath.pdf

================
A Case for Finger Counting
New research suggests that young children may make gains in math by counting with their fingers.
July 14, 2017
https://www.edutopia.org/article/case-finger-counting-youki-terada