Raven’s matrices, participants were required to complete the ninth pattern in a 3 × 3 geometric puzzle. They were scored on the number of grids that they answered correctly. Solving the puzzle requires quick and flexible thinking — called fluid intelligence.
from:
https://franzcalvo.wordpress.com/2017/03/18/smart-drugs-nature-mar-2016 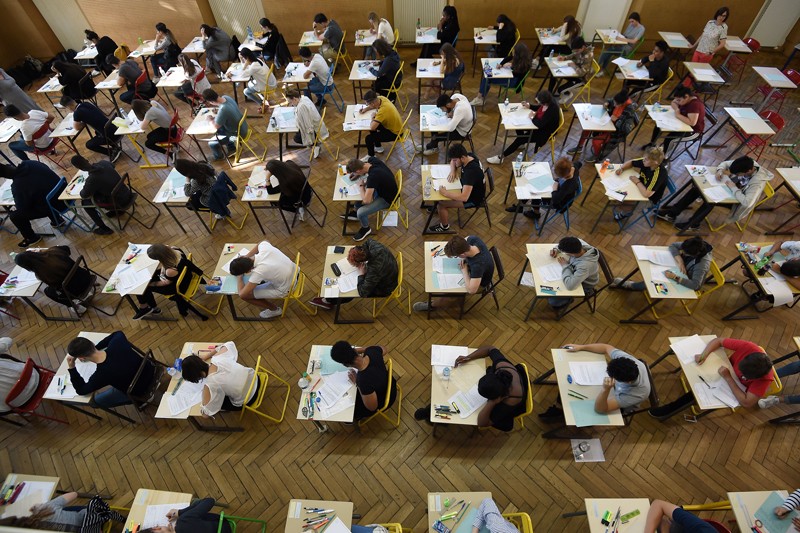 Adderall (amphetamine) and Ritalin (methylphenidate) — treatments for attention-deficit hyperactivity disorder (ADHD)
modafinil, which is a medication for sleep disorders such as narcolepsy.

it is not clear whether the same medications can push a neurologically healthy, well-rested individual onto a higher cognitive plane.

“By far the most commonly used neurocognitive enhancers are nicotine and caffeine,” says Peter Morgan, a psychiatrist at Yale University School of Medicine in New Haven, Connecticut.

many cognitive tests had been designed to assess impairment, not enhancement. For example, people with a brain injury or dementia may struggle with a clock-drawing test, but someone with normal cognition will usually get it right — leaving no room for smart drugs to assist.

regular use of coffee and cigarettes causes consumers’ brains to adapt so that they need the stimulant just to function at their normal cognitive level.

ethical questions. One such concern revolves around social equality. Not everyone has equal access to smart drugs,…

they stick to coffee, tea or energy drinks. Morgan, for his part, suggested that the same cognitive benefits can be achieved by simply taking a refreshing nap.

related:
Can You Make Yourself Smarter?
The RSA, 2014

Fluid intelligence (Gf) refers to the ability to reason and to solve new problems independently of previously acquired knowledge. Gf is critical for a wide variety of cognitive tasks, and it is considered one of the most important factors in learning. Moreover, Gf is closely related to professional and educational success, especially in complex and demanding environments. Although performance on tests of Gf can be improved through direct practice on the tests themselves, there is no evidence that training on any other regimen yields increased Gf in adults. Furthermore, there is a long history of research into cognitive training showing that, although performance on trained tasks can increase dramatically, transfer of this learning to other tasks remains poor. Here, we present evidence for transfer from training on a demanding working memory task to measures of Gf. This transfer results even though the trained task is entirely different from the intelligence test itself. Furthermore, we demonstrate that the extent of gain in intelligence critically depends on the amount of training: the more training, the more improvement in Gf. That is, the training effect is dosage-dependent. Thus, in contrast to many previous studies, we conclude that it is possible to improve Gf without practicing the testing tasks themselves, opening a wide range of applications.

When they published their findings in the Proceedings of National Academy of Sciences (Susanne M. Jaeggi, 2008), they set off a firestorm.

ZACH HAMBRICK: Who cares if you get better at a videogame task?

HAGERTY: Zach Hambrick, a cognitive psychologist at Michigan State University, says scientists are divided as to whether brain training works. He’s tried to replicate their findings and failed. And even if Jaeggi’s and Buschkuehl’s participants did perform better on tests, he says…

HAMBRICK: What we want to see is that people are improving in the workplace, in the classroom, and this is the evidence that’s really lacking.

The study, published this week in Frontiers in Human Neuroscience, analysed user data from Lumosity, a collection of web-based games made by Lumos Labs, based in San Francisco, California.

The optimal sleep time was seven hours, with performance worsening for every hour of sleep lost or added.

‘crystallized knowledge’ (such as vocabulary)

the sample in this study is also biased: the users of brain-training tools are younger (compared to the typical dementia patients), most of them live in the United States or Europe and, most importantly, they are likely to already be interested in cognitive-training tasks.

related:
http://www.npr.org/blogs/health/2014/07/17/332058265/skimping-on-sleep-can-stress-body-and-brain
Most adults need between seven and eight hours of sleep every night, says Harvard Medical School’s Charles Czeisler, who is chairman of the board of the National Sleep Foundation.
Any less than that (if it happens regularly) is a “sleep deficiency,”

more on fluid thinking:
http://www.npr.org/blogs/health/2014/06/30/325230618/preschoolers-outsmart-college-students-in-figuring-out-gadgets
This is flexible, fluid thinking — children exploring an unlikely hypothesis.
Exploratory learning comes naturally to young children, says Gopnik.
Adults, on the other hand, jump on the first, most obvious solution and doggedly stick to it, even if it’s not working.
That’s inflexible, narrow thinking. “We think the moral of the study is that maybe children are better at solving problems when the solution is an unexpected one,” says Gopnik.

And that flexibility may disappear earlier than we think.
Gopnik’s lab has also compared toddlers and kindergartners

Five Tips for Women Who Have Trouble Sleeping
By Jill Suttie
August 2019
https://greatergood.berkeley.edu/article/item/five_tips_for_women_who_have_trouble_sleeping