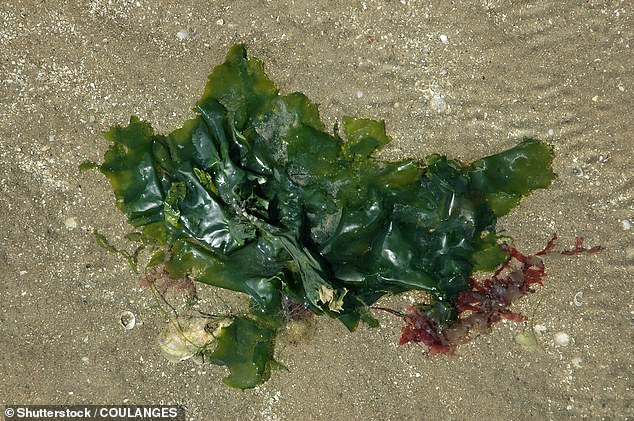 Tourists heading to France are warned to avoid toxic sea lettuce which is feared to have killed two men in last few days
15 July 2019
https://www.dailymail.co.uk/news/article-7248143/Tourists-heading-France-warned-avoid-toxic-sea-lettuce.html

H2S gas — what you need to know about hydrogen sulfide
2017
https://www.blacklinesafety.com/blog/h2s-gas-need-know

Reporting in Proceedings of the National Academy of Sciences, researchers write of finding fossils of bacteria-like organisms that lived nearly two billion years ago. Paleobiologist Martin Brasier of the University of Oxford explains that these ancient creatures belched hydrogen sulfide

the virus doesn’t have a rigid cell wall to protect it. It just invades other things that have cell walls. So it makes it much harder to see and much harder to fossilize.

iron sulfide or pyrite. People may know it as fool’s good.
And this is the product of hydrogen sulfide.

some very interesting glassy-looking rocks, which were rather black in color … the black meant that there was organic matter, that it was carbon, a bit like coal, … his friend confirmed that there were amazingly beautiful fossils inside.