How Five Simple Words Can Get You What You Want
Janine Driver | TEDxHardingU
Jan 10, 2019
Janine Driver is Movement Pattern Analysis (MPA) profiler and CEO of BlueStreak Training, an online virtual communications training company, for individuals and businesses to better their lives through sales, body language, detecting deception, interaction styles and decision-making programs.

Advertisement
How to achieve your greatness in life
Chatri Sityodtong at TEDxSingaporeManagementUniversity
Dec 17, 2013


How to Achieve Your Most Ambitious Goals
Stephen Duneier | TEDxTucson
Mar 6, 2017

Determination is the key ingredient for every entrepreneur.
Forbes Quote of the Day
July 22, 2016
http://www.forbes.com 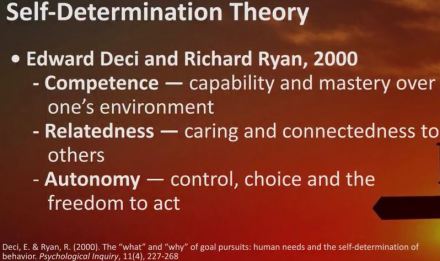 It’s become the new buzz phrase in education: “Got grit?”

Around the nation, schools are beginning to see grit as key to students’ success — and just as important to teach as reading and math.

Experts define grit as persistence, determination and resilience; it’s that je ne sais quoi that drives one kid to practice trumpet or study Spanish for hours — or years — on end, while another quits after the first setback.

“This quality of being able to sustain your passions, and also work really hard at them, over really disappointingly long periods of time, that’s grit,” says Angela Duckworth, a psychology professor at the University of Pennsylvania who coined the term “grit” — and won a MacArthur “genius grant” for it.

“It’s a very, I think, American idea in some ways — really pursuing something against all odds,” she says.

Duckworth says her research shows grit is actually a better predictor of success than IQ or other measures when it comes to achievements as varied as graduating from West Point or winning the National Spelling Bee.

A limited intervention, she says, if not consistently reinforced in and out of school, can only have limited results. “We don’t know whether we’ve had any effect — the jury’s out,” says Duckworth. “It just seems to me extremely implausible that that’s going to permanently and impressively change a child.”*

Survey: How much GRIT do you have?
https://sasupenn.qualtrics.com/SE/?SID=SV_06f6QSOS2pZW9qR

about healthy brain ageing. There are only a few things that researchers can agree on. First, after the age of 60, nearly everyone will start to experience some decline in cognitive skills, most noticeably in memory, and this decline will be accompanied by a change in brain structure. Second, aerobic exercise slows or delays this mental slippage.

“Nearly a third of old people who are cognitively normal have enough amyloid and tau in their brains to meet the criteria for Alzheimer’s disease.”

There are fewer receptors and other proteins too, but the most dramatic fall is in the amount of dopamine (see ‘Ages of dopamine’) — a neurotransmitter whose many functions include movement control, general motivation and learning.
From early adulthood onwards, dopamine levels drop by about 10% per decade, making it a powerful marker for brain ageing.

The brain maintenance theory is consistent with evidence that aerobic exercise can slow cognitive decline by stimulating production of brain-derived neurotrophic factor, which helps the growth of new blood vessels, not only in the muscles being exercised but in the brain as well.

But it’s a rare octogenarian who can take a long run or play a heart-pounding game of squash, so scientists hope that studies such as COBRA will lead to alternative strategies.
One idea is to develop drugs that improve particular types of neurotransmission, but this might have limited value against a background of brain tissue shrinkage.

Another strategy could be to use computer-based cognitive training programmes designed to sharpen mental processing speed or working memory.
Several studies have shown that people of all ages can improve their performance on specific computer tasks in which they train.
Neuroscientist Adam Gazzaley at UCSF is so confident in the potential of this approach that he is developing commercial software for use at home. But even he admits there is no evidence that the improvements seen in computer-based tasks can help with life-related activities — such as helping you remember why you went to the fridge.

So, she concludes, “some degree of worrying actually is good.” And, in fact, adds Friedman, “the prudent, persistent, planful people — both in childhood … and then in young adulthood we measured that — that was the strongest individual difference, or personality predictor, of long life.”

And it’s not just about risk aversion. The study found that conscientious people developed better social relationships and accomplished more at work. Think all that responsibility sounds boring? Not so, says Martin. “Because of those qualities, they tended to get nice opportunities in life, and so they went on to live some of the most exciting and interesting lives of anyone in the study.”

Secrets to the World’s Longest Marriage
The Atlantic. July 2018 91-year-old cop has no plans to retire